For the release of NYT best-selling author Karen Hawkins’ third installment in her Hurst Amulet series, A Most Dangerous Profession, we came up with the idea of inviting readers to hold their own “Reader Launch Parties” for the event.

The idea caused some excitement with her readers with one even sending in a short video of she and her friends having a home spa day celebrating the newest book. SheridanINK created a Facebook landing page for the book release and promoted the party idea through the Notes section on Karen’s Facebook page with a link to the downloadable invitation.

In addition to the reader launch, we edited a series of videos asking Karen about the story, her process and other details about the book. The videos were a hit with readers and built up additional excitement and awareness about the launch date and the new title. 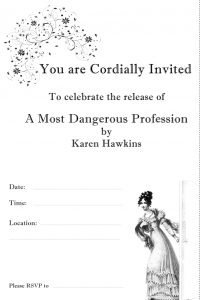 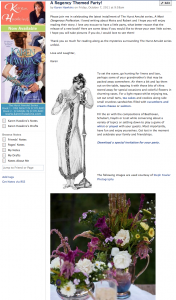